It will come as no wonder to some that I slept deeply last night.  Deeply, and yet not restfully. What I experienced last night will be with me to the end of my days.

Always, when I have seen the Stories of D’ni, it has been as from a distance, like watching through a lens. Last night, the experience consumed me, and what was there was felt, even more than seen.

First was a darkness like no other. Do you remember the first time you linked? The first time you felt that strange tug, that millisecond of terror as you realized what was happening, that you were being moved from one place to another? Now, imagine that moment going on, and on…

Trapped, with nothing but your own thoughts, in a space that feels both immeasurably vast, and close in.

And then came a pulling, a tearing. Everything that I was, rend into pieces. And suddenly, snapped back together. Whole.

Yet…I had no will. I could do nothing, think nothing, even movement was difficult, because it had no direction.

Can I even begin to explain what feelings this causes? To be alive, and yet nearly completely without volition? And to know that what causes that, the source, is largely forgotten?

When sense of Self comes again, when you have will again, after so long… Confusion, fear, anger, pain, all the range of human emotions, and more.

Last night, in Eder Delin, I attempted to piece together what I had seen and felt, with what knowledge others had. I have not, myself, taken Yeesha’s Journey. My place has been in D’ni, so those aspects of the Bahro story, I did not know.

I think now I may be able to tell that story.  I will write it later, when I have thought on it more. 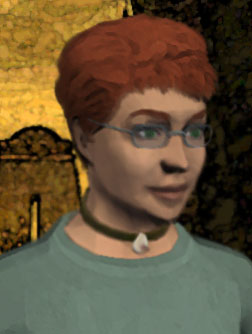